How was your last Winter?

Last winter was epic. We didn´t have that much planned but we knew that we were going to spend it in USA and that we were going to snowboard as much as possible!
We started off in Colorado and Breckenridge. We were only supposed to be there for two weeks but we had too much fun and stayed there for a month and a half. During the time we got the idea to get an rv. Done deal and we were off to Denver to pick it up! Together with some skier friends who were going to Mammoth we started to make a plan for our roadtrip. First stop was in Park City and rail garden in Utah. Not the best conditions but super fun and Anna hit her first street spot and was stoked about that. Then we took a few days off snowboarding and drove through Zion National Park, Grand Canyon and spend a few nights in Vegas baby! Next stop was Big Bear. We were supposed to stay there for two days only but all of us loved the slush and the sun so we ended up staying a week. That´s the advantage with having a motor home, you can do as you like! Mammoth next and dropped the boys off and stayed there for two days. Sun and really good snow but we almost got blown away in the lift. Next stop Lake Tahoe. We spent our three weeks in Northstar. Sunshine, slush and happiness are the key words for that place.
The most important day of the season is april 1st aka Gaper day witch is a big party spent at Arapahoe basin in Colorado. After our eighteen hour drive we were finally back where we started, ready to hit the slopes dressed up like gapers with ski blades on our feet.
Andrea rode her last days of the season in Colorado while Anna went to Mount Hood.

Seems like you both had a lot of fun, what are the plans for this up comming Season?

We always have fun while snowboarding so the most important thing is that we spend the winter together. Right now we are working in Sweden at our home mountain Kläppen and we are thinking about spending the rest of the season here. Maybe make a few shorter trips to Åre. But we are open for anything.

How would you CHIXXS describe your Passion?

Like the Mormons describe god. It’s our everything and we love every day of doing what we love, snowboarding.

Where are you both from and whats your home mountains?

Wishes for the New Year?

Be able to ride as much snowboard as possible. Learn the tricks you want to learn fast and don’t chicken out. Having a blast with our home boys.

What means FUN to you?

To ride. To do face plants in powder. To smile. To do weird stuff. To hang out with people who makes us happy. 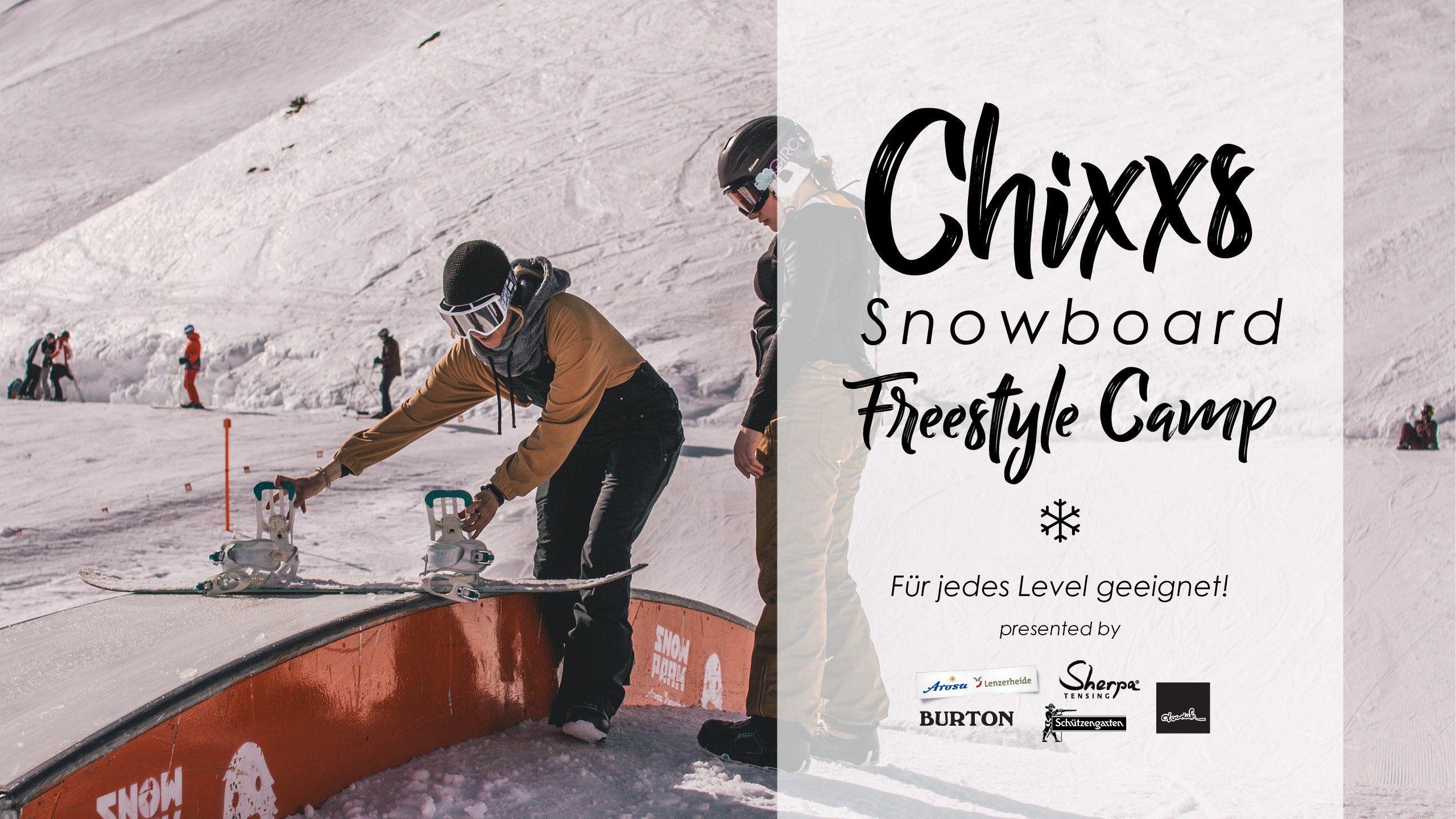